From almost 10 years, GMc+Company worked with the Louisiana Office of Tourism to develop an awardwinning tourism program that made Louisiana one of the top travel destinations among African Americans. However, following Hurricanes Katrina and Rita, the overriding images portrayed by the media left lasting negative impressions within the African-American community both regionally and nationally. As a result, GMc+Co. worked closely with the Louisiana Office of Tourism telling positive, inspirational stories of African American heritage throughout the state. The resulting African American Heritage Trail is a reflection of the rich and complex culture found in Louisiana, including the stories and locations of the inventors, musicians, authors, and craftsmen who helped shape the physical and spiritual space we live in today. 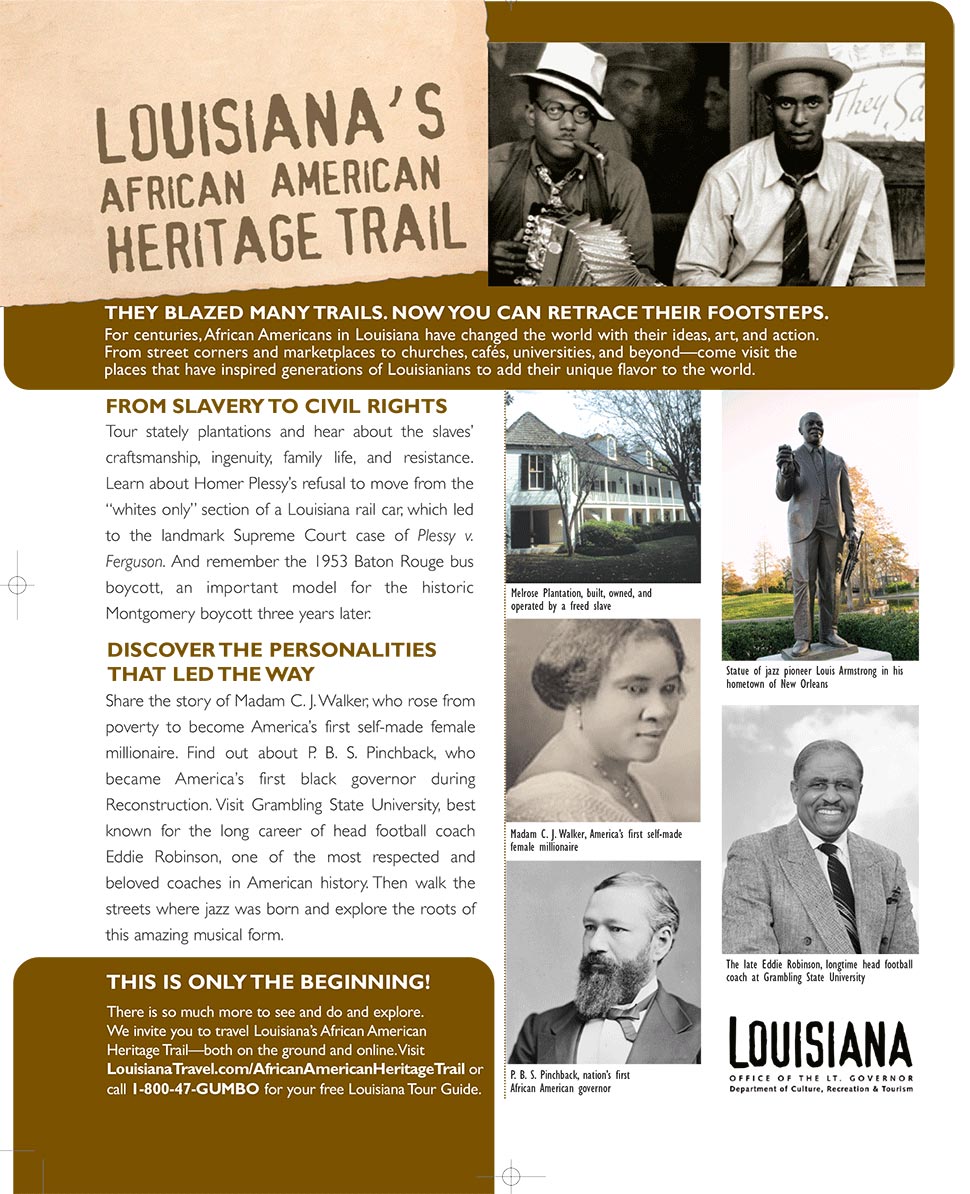 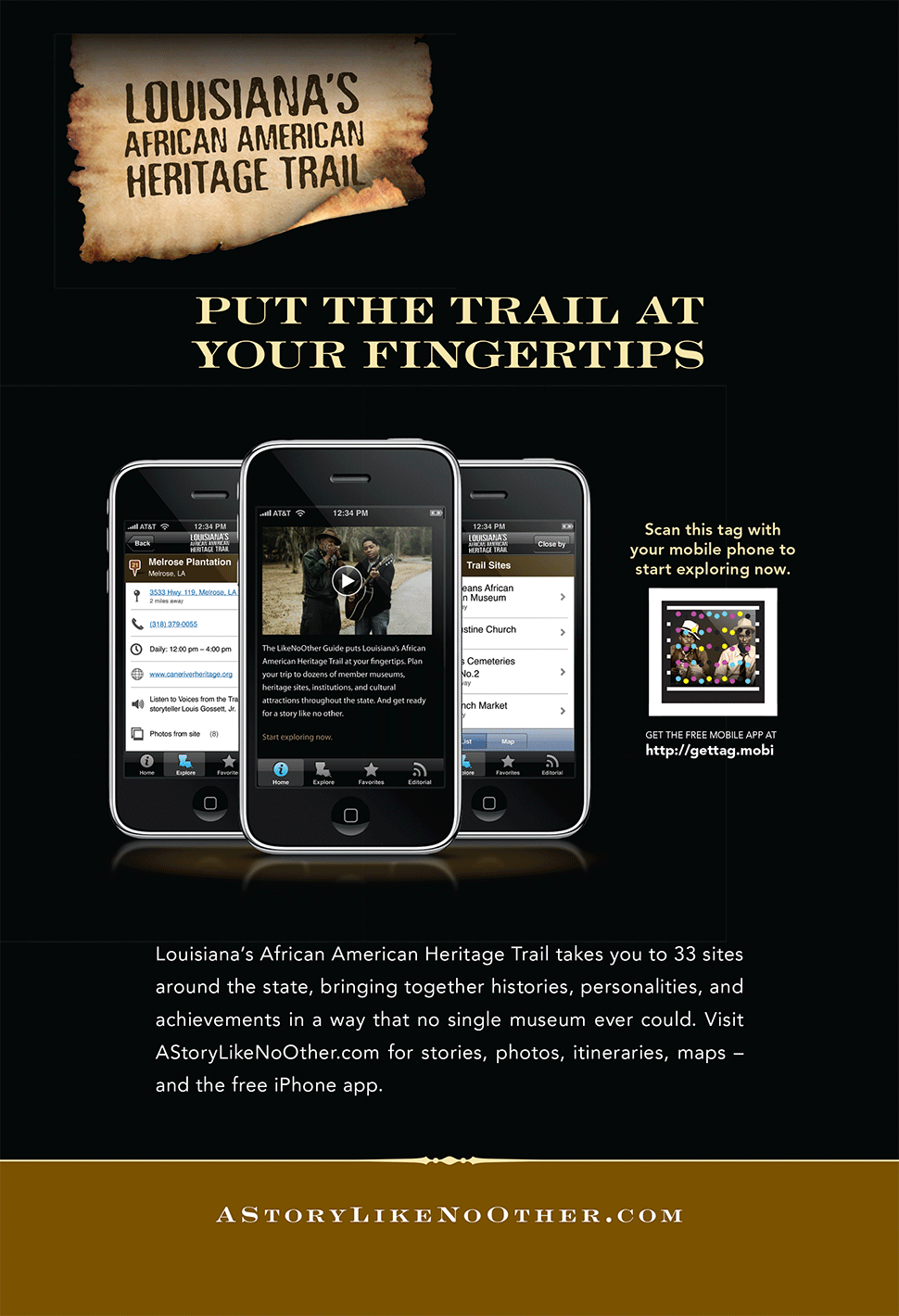 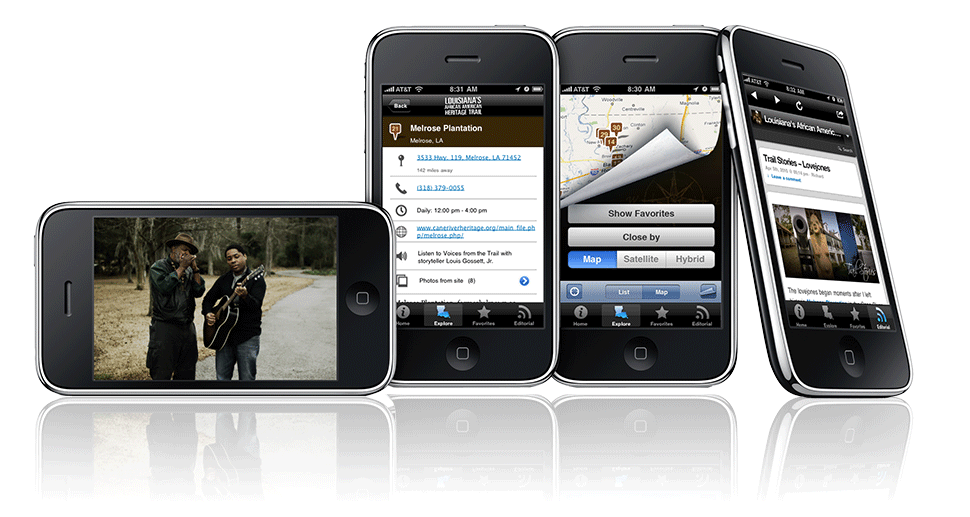 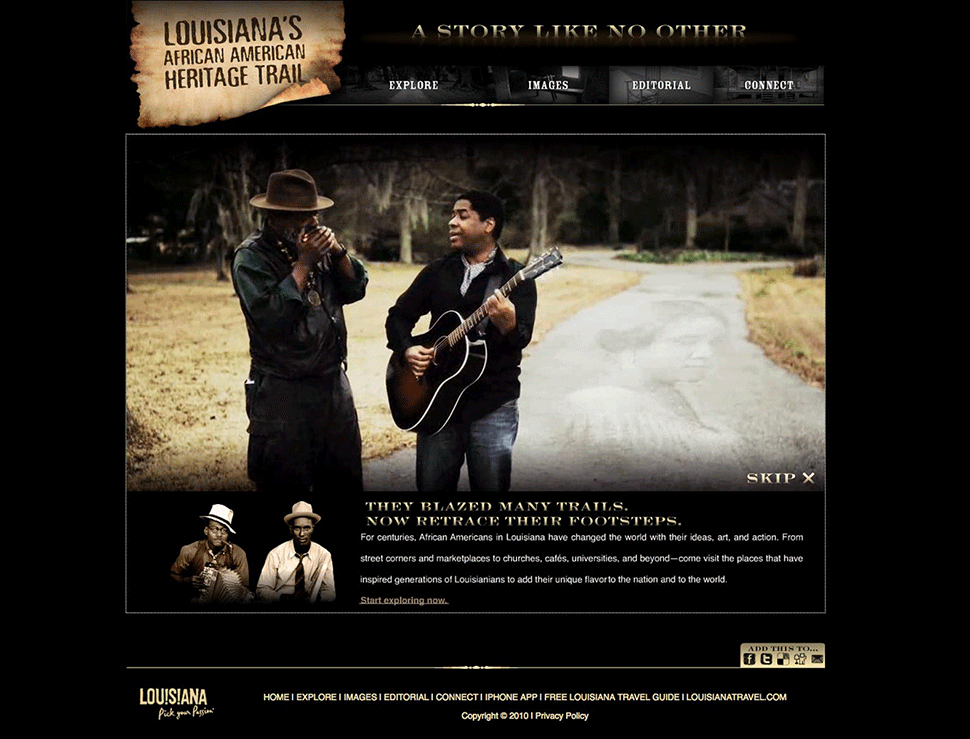 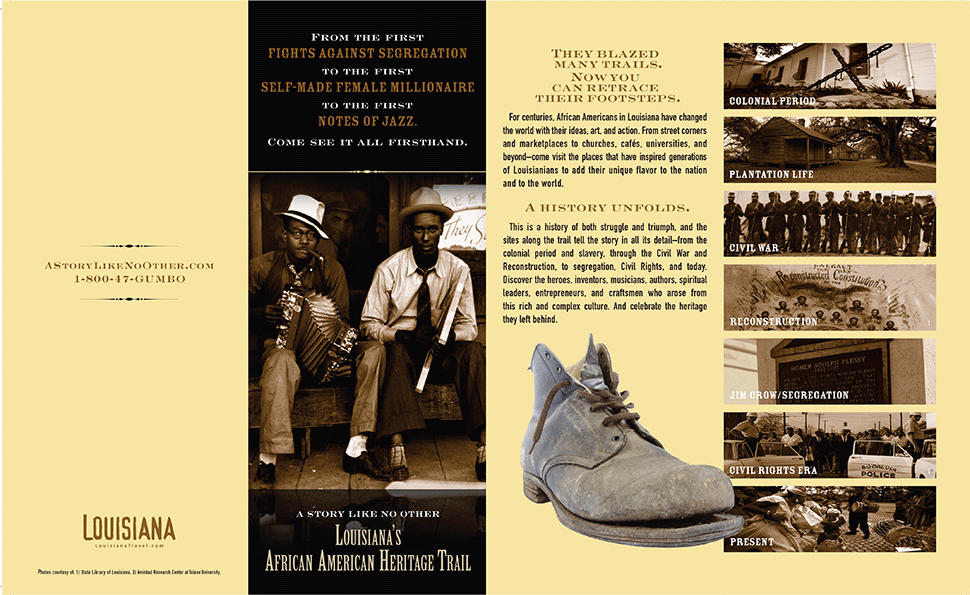 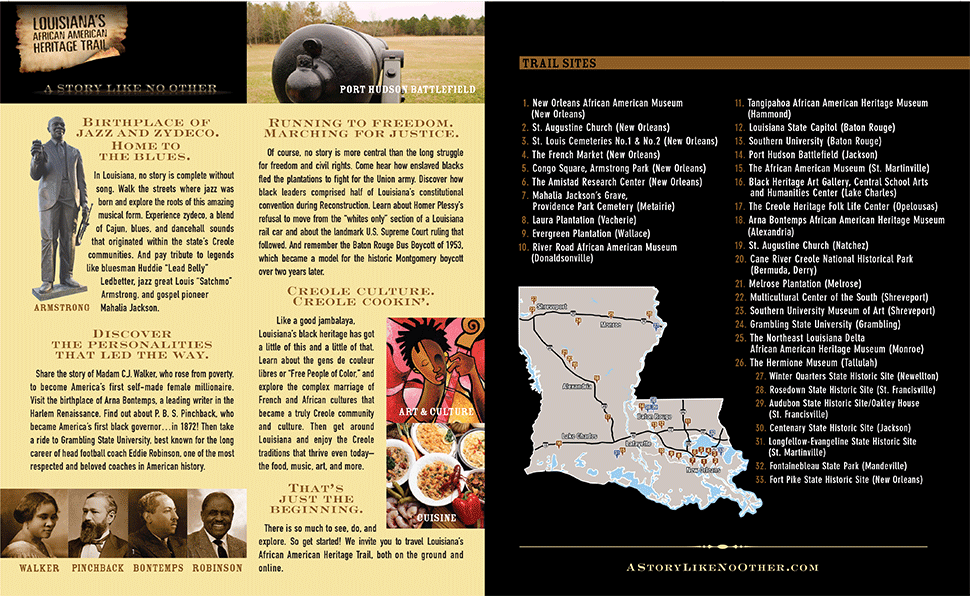 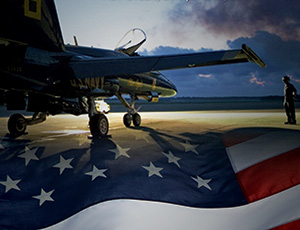 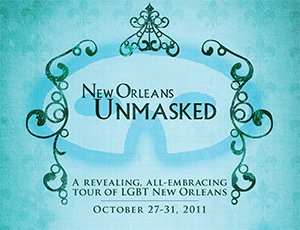 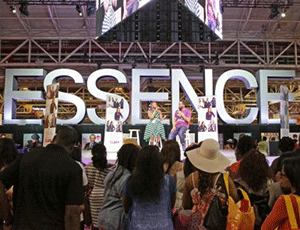 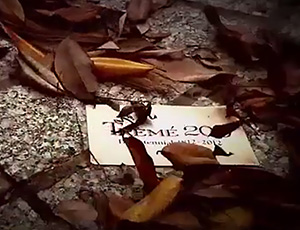 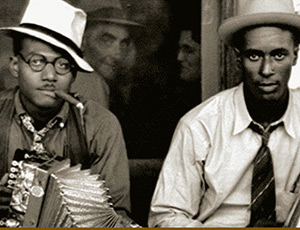 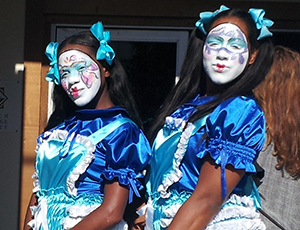